General view of a aguaruna community "yamayakat" near to Imaza river-port of the Mara-on river in Amazons district, Peru. After the events of June 5 in the Amazonian province of Bagua, in northeastern Peru, where 24 policemen and a number still not confirmed of natives from the communities of the ÒAlto Mara-onÓ and civilians died in clashes after a series of demonstrations in opposition to the approval by the Peruvian government, for a group of ordinances that allow large flexibility in the restrictions on resource extraction in the area, breaking the 169 agreement of ILO (International Labour Organization), which requires the consultation of indigenous communities about the exploitation of nature in their territories. One of the most active communities was the awajun, a warlike and revengeful people, heritors of the Jibaros and recently contacted near to 1950. For the leader or "apu" for one of the aguarunas riverside communities of the Mara-on, Simon Weepiu, Òthe force of this movement come from the conviction of the struggle, which is caused by the ancestral development as based on worldview, which provides the native of a special power, that of becoming one with his idea and his brothers, to focus all on the same objective and be just a great strength." The government aims to generate development in the area allowing the exploitation of property, The jungle is rich in gold and oil, and even argue that natural wealth of the region belong to all Peruvians, and not just the communities that inhabit it, but acts as the oil«s filtration to waters of the Mara-on, left in evidence that in a complex ecosystem like jungle that mixed spilled oil by rain in the river, home to fishes, as well as the waters that irrigate cassava, bananas, sugarcane and other elements vital to the development of communities. The natives, insist that the forest is not only home, is where they get medicines to cure their sick and food for their families. The pre-existence and natural wisdom pla 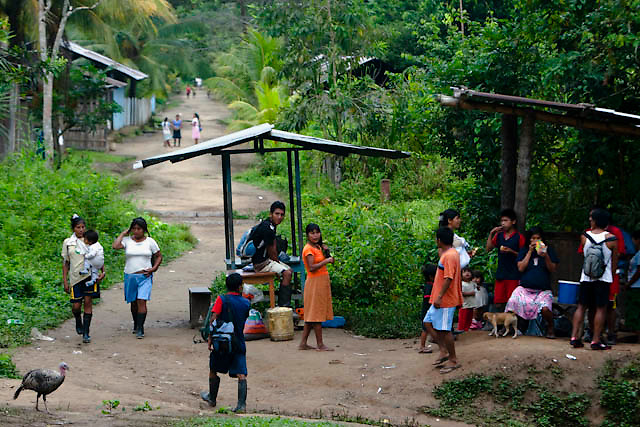